DISCOVER the unique method THAT I have created after my 25 years of experience, to help YOU reach YOUR maximum genetic potential 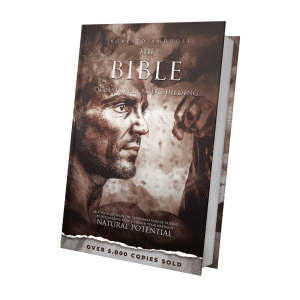 THE BIBLE OF NATURAL BODYBUILDING

47$ - BUY THE BIBLE NOW
You will be redirected to Amazon

Includes 52 weeks of a structured programme 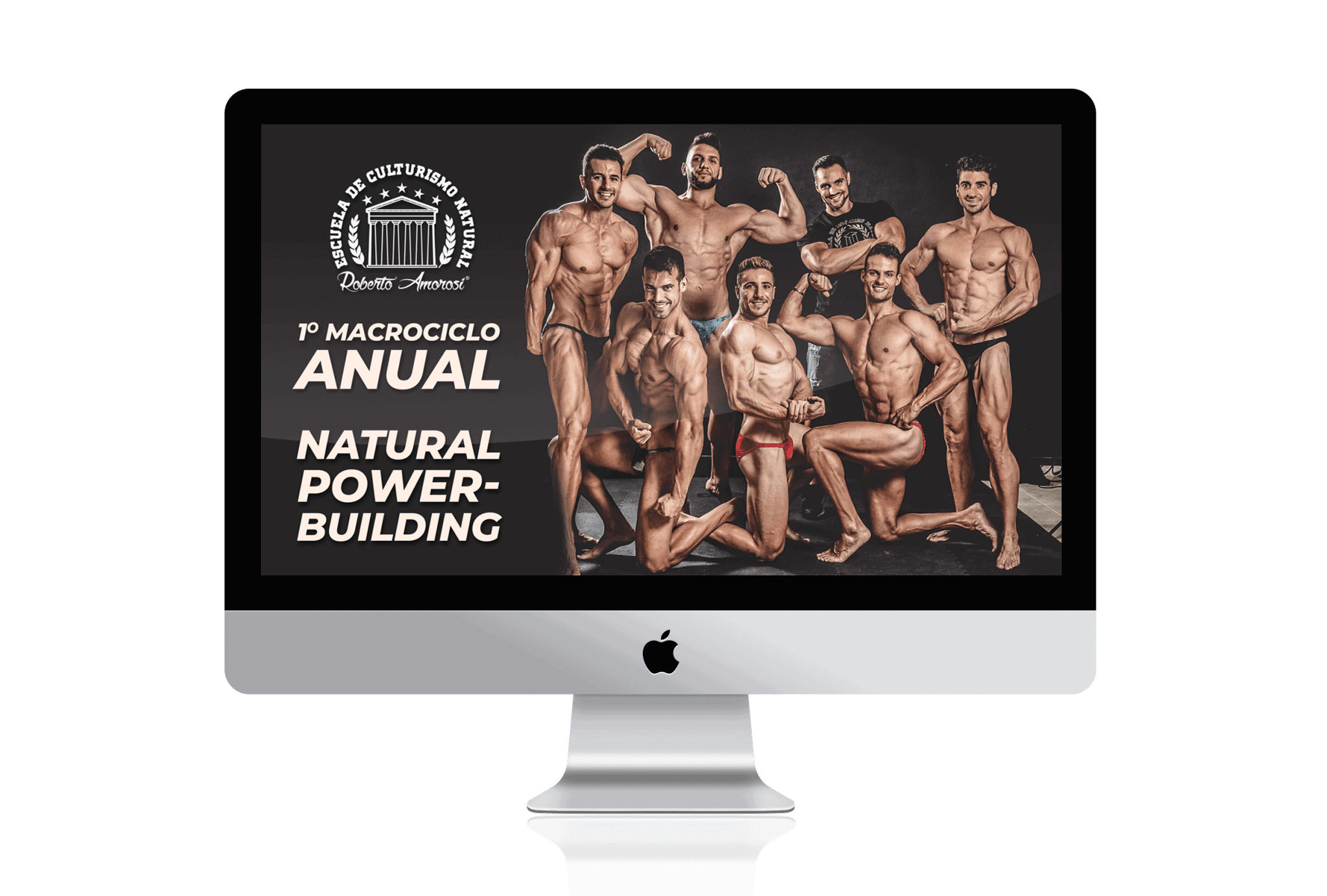 WHO IS THE BIBLE FOR?

If you are not satisfied with the classical “it’s always been done this way” and you are curious to learn and don’t want to be limited to “driving your vehicle” without knowing when to change gear, because you want to understand how its engine works…

This book is for you.

What will you find in the bible if you are a beginner?

You will find more than 25 years of knowledge and experience captured in a practical guide that will show you, from beginning to end, the entire path you have just embarked on.

You will be inspired by the lessons learned from the author’s personal history, see yourself reflected in it over the years and avoid his mistakes.

You will solve the typical doubts about whether it is better to train with machines or with free weights, the differences in approaches between Natural and Doped, what is the natural limit and how to estimate where yours could be, the intimate relationship between strength and hypertrophy and how to plan your training routine in the long term, based on your level and experience.

You will discover that there is a community that shares principles and values, a natural critical mass that is NOT willing to make “a pact with the devil” to get the physique they crave, they are NOT obsessed with the end result, but choose to enjoy the journey and take pride in the fact that everything achieved is their own merit.

This is how self-esteem and discipline are built and applicable to any other area of life… these are all athletes and REAL examples that you will find in the book, real champions who have applied in their flesh all these teachings, real examples to follow from which you can be inspired to achieve what you set out to do.

What will you find in the bible if you are advanced?

You will find a long-term work logic that has proven to be a winner in the most prestigious international natural bodybuilding circuit in the world.

You will have in your hands step by step, routine after routine, to print and take to the gym, an annual programme with its technical phase, strength phase, transition phase, hypertrophy phase and peak phase, experienced for years by our best natural WNBF champions.

I’ll walk you through the logical reasoning behind the design of each program, so you can be inspired to create your own ones.

You will discover in detail the typical mistakes in a competition preparation and the strategies that have allowed our athletes to reach a condition out of the ordinary and are allowing an exponential increase in the overall competitive level of all those who are putting it into practice.

You will finally understand how to apply current scientific knowledge “in real life” and combine it with practical experience in the field of natural bodybuilding training and competition.

Born in Italy, at the age of 22 he moved to Palma de Mallorca.

For 25 years he has combined the practice of martial arts with bodybuilding training, achieving in 2006 the international consecration with the 3rd place in Kumite at the International Open of San Marino.

After 10 years of experience as an instructor of both Karate and Fitness in 2007 he worked as Coordinator of the 7 centers ILLES (Mallorca) and was also delegate and responsible for the Balearic Islands of Fitness Alliance as a teacher in the training courses for Fitness Instructors/Personal Trainers certified EFA (European Fitness Association) and FISAF.

Since 2009 he has started his own personal training center and is an acclaimed teacher for numerous training schools internationally.

In 2010 and 2011 he gives numerous lectures on Natural Bodybuilding among which the XXI medical-sports days and at the prestigious University of Sciences of Physical Activity and Sport of Barcelona, INEFC.

Since 2016 he is also a teacher at the Italian School of Riccardo Grandi and in 2019 he participates as an expert in SBB500, the most multitudinous natural bodybuilding event so far.

He’s written articles for magazines such as Iron Man, Sportlife, Plural, Intergym and Men’s Health and has been a writer for 3 years for Olympian’s News one of the most important Fitness and Natural Bodybuilding magazines in Italy.

In 2012 he starts his journey in natural bodybuilding competition reaching numerous podiums in different associations with anti-doping controls, until obtaining in 2014 the title of amateur world champion WNBA in Madrid and Italian champion NBFI in Florence in the maximum weight category.

In 2017 and 2018 he becomes Absolute champion in AECN, WNBA Heavyweight Champion, runner-up of Spain WNBF SPAIN and twice consecutive runner-up of the INBF/WNBF World both in Boston and Los Angeles.

Since 2017 he is president of WNBF SPAIN and organizer of the only championship in Spain with DOUBLE doping control to ALL competitors.

He is considered one of the best trainers and experts in NATURAL BODYBUILDING managing to bring his best athletes to obtain the first 14 PRO CARD WNBF in the history of Spain, in addition to several world titles both in the professional and amateur circuit.

In 2021 Roberto won both, the Master and Heavyweight Divisions in WNBF Spain. Reaching the third position in the Overall event and becoming a PRO ATHLETE.

For a concrete, effective and productive alternative, without having to sacrifice your life with the “no pain – no gain” or condemn yourself to doping.

You will learn how to stay motivated and make natural bodybuilding a sustainable and healthy lifestyle.

You will understand how the new knowledge about periodization and natural prepping allows today to reach the classic physiques of the so-called golden age in a 100% natural way, making doping useless and a sad memory of the past.

THE MOST CURRENT STRATEGIES

The most up-to-date strategies of weight loss and natural prepping which allowed us to achieve the first 7 WNBF Pro Cards  in the history of Spain.

YOU WILL DISCOVER WHY WE ARE ABOUT TO EXPERIENCE THE NEW GOLDEN ERA OF BODYBUILDING, but THIS TIME WITHOUT DRUGS!

Are you still here? Maybe you've read dozens of books that haven't helped you?

i know, it's always the same story...

You dive into a new reading full of enthusiasm, hoping to extrapolate some key teachings to continue improving and you end up immersed in “a pile of straw”, an endless amount of contradictory information, a list of theories and possibilities where “everything works” and finally you find no useful conclusions.

For this reason, with the Bible I wanted to write a direct, practical and immediately applicable book, where everything is interconnected and in which to find a path of experienced success that our best Natural Bodybuilding champions have already walked. A complete manual that could be a constant source of motivation and inspiration, to go to and learn from for years, for a lifetime… and not end up being just another forgotten book on the shelf.

It’s the book that did not exist and that I would have wanted to have in my hands when I started in the fitness industry, more than 25 years ago, that would have prevented me from going around in circles and that would have never allowed me to doubt that… 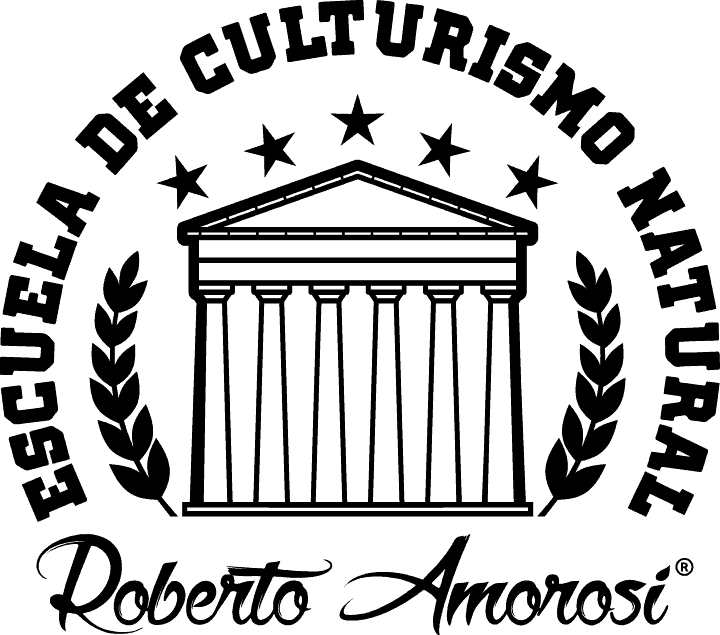 First, enter your name and email to receive important information about your order